In this section you can find some of the special glasses I have in my collection and the story behind them. Sometimes it can prove a bit difficult to find the history behind each brewery and glass but I do my best to provide correct and accurate information. If anyone has different information on any of the breweries listed below, please contact me. All the information provided is correct to the best of my knowledge. I have more glasses to add but it takes time to collect the information so check back regularly for newly added pieces. 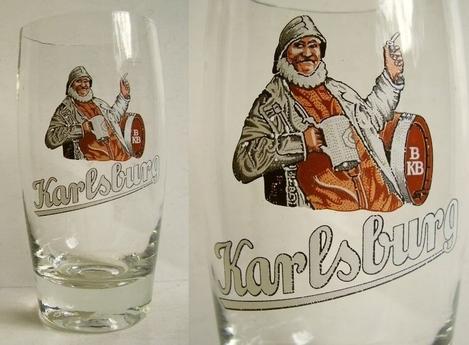 History: LION beer was initially produced in 1937 as the first ever Cypriot beer by the brewery of Mr Christodoulos Platanis and for more than a decade it remained as the only local brew. In 1962, Mr Photos Photiades joined the company as a major shareholder and in subsequent years took over completely, buying out the initial shareholders. In 1967 an agreement was signed with Carlsberg for the production of the brand in Cyprus. This development led to the termination of LION production in 1968, just a year before the brewing of Carlsberg begun. Around 40 years later, in June of 2003, LION beer was re-launched under the name of LEON using the original recipe from 1937. The glass writes on it LION BEER - ΜΠΥΡΑ ΛΕΟΝΤΟΣ which was the original name of the brand. I got this glass back in 2003 before the re-launch of the brand from an old man who owned a coffee shop in a village who also told me the story behind the brand. I've been searching since then to find a second piece with no luck. To the best of my knowledge, there are very few pieces of these glasses left and they are considered extremely rare and of high value as they are around 60 years old and not a lot of them were produced. 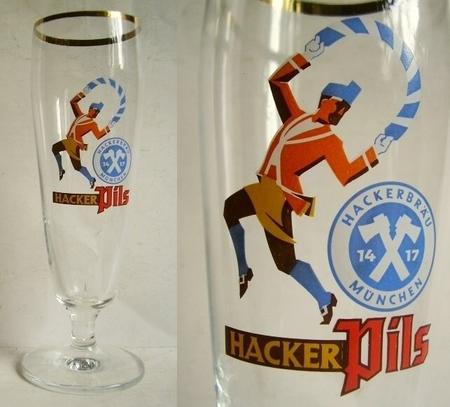 History: Engelbrau Heidelberg was a brewery located in the city of Heidelberg which started production in 1797. It was acquired by Binding Brauerei AG and closed down in 1967. Though I could not find an exact date of this glass, it dates somewhere between late 1950s and early 1960s.

History: Karlsburg brewery was founded in Bremerhaven in July 1891 by Braumeister Oswald Kroker and the brothers Albert and Georg Sprickhoff. The brewery was housed at the emigration house of Christian Lahusen which was bought by the 3 entrepreneurs a few months before. The brewery was originally named Actien Brewery Karlsburg and was named after the former fortified town of Karlsburg. The first beer was delivered on June 16, 1892. During the first world war the Karlsburg brewery got into financial troubles and in 1922 the company was taken over by the Haake-Beck brewery from Bremen. After the rebuilding phase in 1924 the demand for Kraft beer increased and as a result a few years later the production line expanded with additional branches in Minden, Cuxhaven, Dorum and Bederkesa. On the 18th of September 1944, during the Second World War, a bomb attack on Bremerhaven's inner city, damaged and burnt the Southern wing and other parts of the brewery and production had to be stopped almost completely. After the end of the war in May 1945 the brewery was seized by the US occupation authorities and was allowed to resume the production for the soldiers stationed in Bremerhaven, while a brewing ban existed for other breweries until 1948. The resumption of large scale brewing at the beginning of 1950s was very successful. In the 1970s turnover began to stagnate and eventually the company's management decided to cease operation in 1974. The last beer was brewed on March 31st 1974 and the brewery was shut down on June 30th. The premises were sold by Haake-Beck to the state of Bremen in 1979 which then housed the Bremerhaven University of Applied Sciences and the valuable building parts of the former emigration house were preserved and integrated into the University building. 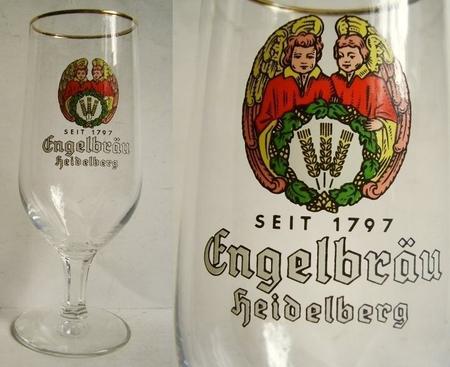 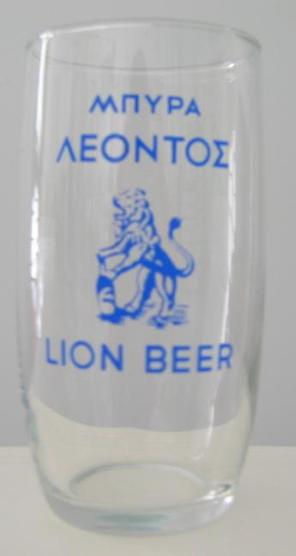 History: Hacker brewery was founded in 1417. Hacker merged with Pschorr in 1972. Since the merging, this beer is no longer produced and this glass is from the Hacker era and dates somewhere in the 1960s. 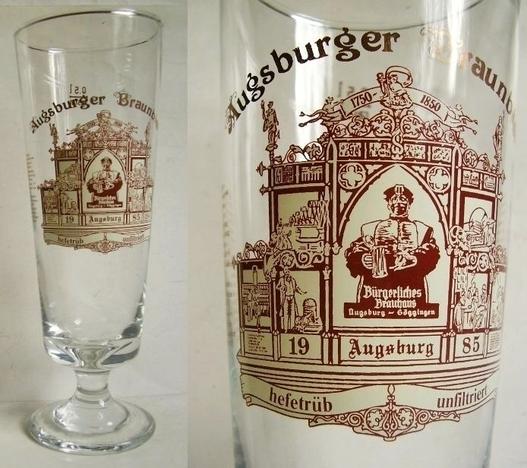 History: This brewery's roots go all the way back to 1600s in Augsburg, Germany, when a person named David Kicklinger bought an estate in the area and got permission to brew beer on the premises. In 1874 the brewery and estate was bought by Adolf and Margaretha Eisenhardt. Their daughter Johanna, married Ludwig Gluck and the couple moved to Goggingen where they bought a site called "Practical Brewery School C. Michel" and formed the Burgerliches Brauhas at Gogginger Straβe 90. When Ludwig Gluck died in 1927, his spouse run the brewery until she passed it on to their daughter which in turn run the brewery until 1962. In 1992 the brewery was bought by Hassenbrau AG and no longer exists under the former name. This glass is from 1985. 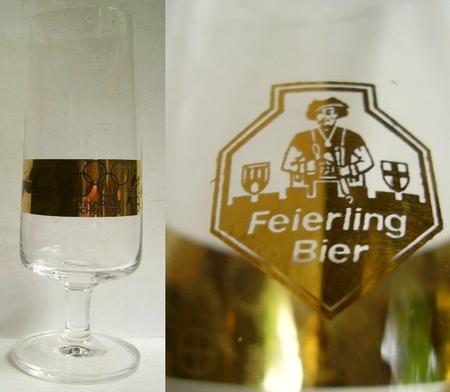 History: A limited edition glass to commemorate the Olympic Games in Munchen 1972. The glass reads OLYMPIADE MUNCHEN 1972 on one side and has the Feierling logo on the opposite site. The sporting nature of the event was largely overshadowed by the world known, Munich massacre. The Munich massacre was an attack during the 1972 Summer Olympics in Munich, at which eleven Israeli Olympic team members were taken hostage and eventually killed, along with a German police officer, by the Palestinian terrorist group Black September.